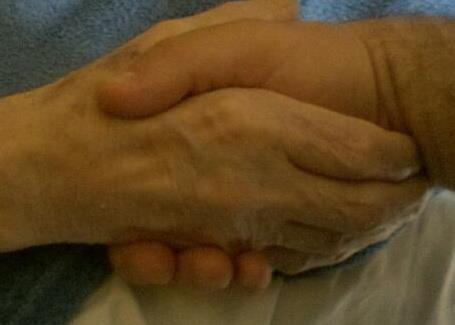 John Cormier, or Jakie as he was known to many people around the leominster area.  He was my dad, we called him Jack.

My dad never rode a motorcycle in his life, or got a chance to ride on the back of mine.  Something I really regret as the one year anniversary of his death is approaching.   Although when he was close to the end him and I had a nice talk about doing things in your life before its too late, he never really had a desire to go for a motorcycle ride.  However he loved to hear about the rides I took.  He knew how much I loved it and he told me to ride often and never give it up.  When I would visit him every morning at the nursing home he would always ask if we could sit by the window while we had our coffee and donuts and look out at the bike that I had rode that morning. 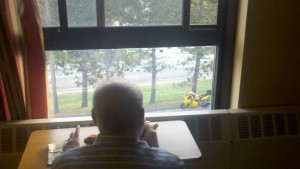 This will be a brief story of my dads final days.   He had suffered several strokes in the course of a few years and slowly it took him away from all of us.   It had been  a year that i was visiting him almost every morning to bring him a coffee and a sweet treat, and I would help feed him his breakfast.   Some mornings my sister would cover for me.

He had been slowly slipping away into a different world, the hospice nurses were telling us he wasn’t in any pain but it was close to the end for him.  A Thursday afternoon around 2 my sisters and I along with our spouses and his wife Lola took up a vigil to be with him.   It was a event I knew was coming but was really scared to be a part of and experience.  My sisters and I took turns staying thru the night,  I stayed with him Friday night with my sister Kelly.  Slowly he drifted away, never opening his eyes or speaking we didn’t know if he could tell we were all there.  In a way it was a great bonding time with my sisters, but other times it was very hard to sit there and watch this happen to my dad.

Sunday morning was going to be a special day for one of Jack’s grandsons, my sister Corrine’s youngest son Michael.  For he had just been married the summer before and he and his wife Emily were expecting their first child and that Sunday the 28th of April was the baby shower some 2 hours away from where Jack was.    We all decided that no matter what was going to happen with Dad he would want everyone to go and not change plans because of him.   I offered to stay back and spend what was to be that final night with him.

I scared beyond belief as to what those final moments would be like if it was to happen when I was with him.  Little did I know what a gift he gave me that night.    It had been almost 3 1/2 days that he had fallen into this coma like state.  Every 2 hours a nurse would come in and give him some pain medication and they would roll him over onto a different side, then I would sit with him and hold his hand, all the while never really knowing if he knew I was there.    At certain times I was fine, other times i was overwhelmed with grief watching this happen and couldn’t control my tears.

Then out of the blue around 9pm he opened his eyes and looked right at me, I asked him to blink if he could hear me and understand me.   He did, and slowly tears rolled down his cheeks I as got to spend 45 min or so  talking with him.  Then as suddenly as he opened his eyes they slowly closed, and I thought this was it.

But nope, all of a sudden he started snoring, loud and proud! It was just like he use to when I was younger and would laugh at him as he laid on the couch at home, or in a movie theater  in the middle of the afternoon.  Hearing him snore calmed me and I fell asleep right next to him curled up on a chair holding his hand.

The nurse woke me up around 2am as he wanted to give Jack some more medicine and adjust his position.  I  stepped out of the room as this was happening.  When I returned to him his eyes were open again, but this time he looked different.  I knew this was close to  the moment, he look at me and I was able to hold him as his breathing slowed and so peacefully he passed.

An event I was so scared to witness and told many people I didn’t want to be there when it happened turned out to be something that was so special.  I got to say goodbye to my dad, I told him how much he was loved by his family, I told him mom would be okay and we would all take care of her.   I could see the peace he had when he looked at me during all this.  It is something I will never forget and just hope and pray I experience that when my time is up.

I stayed with him for only a few more moments then went out to the lobby to call my sisters.  They were already up at the hotel where the shower was, and my mother was with them.   I  had just spent the last 12 months dealing with my parents and this ordeal they were going thru and suddenly it was all over.   When I got home I  laid down and tried to sleep but just couldn’t.  I was so  restless , it was 6 or 7 am and I just didn’t know what to do with myself

Then it hit me…what would Jack want me to do?

Ride..that’s exactly what my dad would have wanted me to do!

So I  took the yellow duck up to my favorite little picnic spot a few towns away,  I got some breakfast to go and sat up on the big grass lawn area and watched the clouds float by. 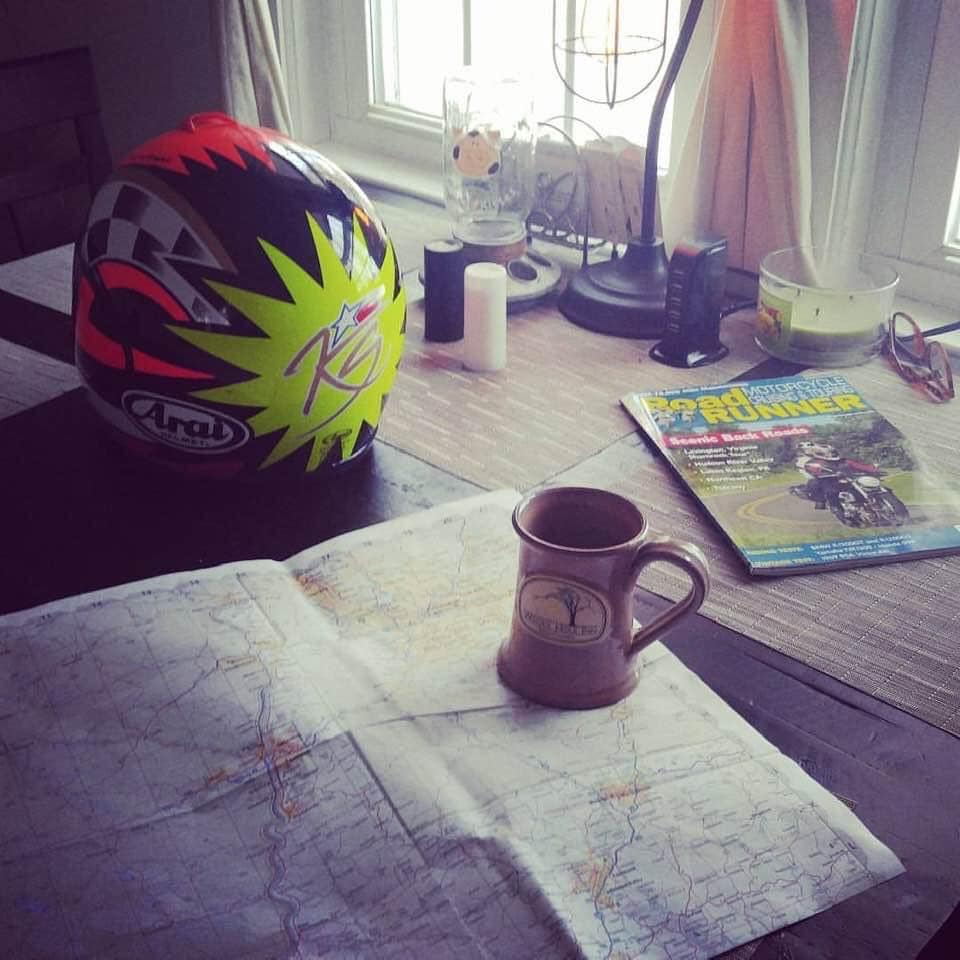 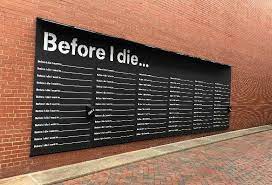